Did you know that our current CEO, President, and Chairman of the Board Gary Kelly shares the same birthday as our co-founder and Chairman Emeritus Herb Kelleher?  That’s right…March 12!  Happy Birthday, guys!  Here are a few other things you may not know about Gary Kelly:

1.      Herb describes Gary as a “bottom thinker” because he always wants the facts before decisions are made.
2.      In his office, you will find the very first note Herb ever wrote to Gary, proudly framed above his computer.
3.      His choice of beer is Shiner because it’s brewed in his home state of Texas.  Diet Dr. Pepper is his non-alcoholic beverage of choice, and Snickers is his favorite candy bar.  He also loves a bowl of Blue Bell Light Homemade Vanilla ice cream!
4.      Gary loves music, especially “the blues,” and he has an extensive CD collection.  His all-time favorite movies are “Lonesome Dove,” “Dances with Wolves,” and “It’s A Wonderful Life.”
5.      He loves to prepare New Mexico cuisine. As Gary puts it, “My meals are spicy and the drinks are strong!”  Gary eats a can of jalapeños every night regardless of what else is on the table.  And, the family dog is a Sheltie named Chile.
6.      When asked to do something that Gary is not completely thrilled about, his first remark is often simply, “Yippee.”
7.      When purchasing a car, Gary always opts for a used one, thinking that buying a brand new car is simply a waste of money.  Isn’t this the guy you want championing low costs and low fares at Southwest Airlines?
8.      His wife, Carol, was his eighthgrade sweetheart. When he first met her, he thought she talked too much. They have been married for 28 years and were born in the same hospital in San Antonio one day apart. (Happy belated birthday, Carol).  When Carol’s mom first met Gary in 1968, she thought he was standing on a box because he was so tall.
9.      Gary begins each day drinking one cup of coffee, with caffeine, before he leaves home. He eats a banana at work. Upon arriving at the office, he switches to decaffeinated coffee.
10.  Gary was the quarterback for his high school football team, the San Antonio Churchill Chargers. He also was the quarterback his freshman year at the University of Texas at El Paso, before he transferred to the University of Texas at Austin.
11.  When Gary was hired at Southwest in June 1986, the required drug test had just been implemented, and Gary was actually the first person to take a drug test as part of the hiring process.
12.  His first paying job was as a carpenter’s apprentice.
13.  His hero is Abe Lincoln.
14.  His ideal vacation is spending time in his favorite cities — Santa Fe and Destin.
15.  He’s great about shopping for Christmas presents on his own, and always surprises everyone.
16.  He “attempts” to play the electric guitar. Reliable sources say he always begins with a few bars of Deep Purple’s “Smoke on the Water.”
17.  Gary began his Southwest career as our Controller. He was promoted to Chief Financial Officer and Vice President Finance in 1989. In June 2001, he was promoted to Executive Vice President.  In 2004, Gary became our Vice Chairman and CEO.
18.  He earned a B.B.A. in accounting from the University of Texas and became a Certified Public Accountant.  After college, he worked as an audit manager for Arthur Young & Company in Dallas.  He also has worked in mainframe software development and as a controller for Systems Center, Inc., now part of Sterling Software, in Irving, Texas.
19.  When he was a teenager, he was certified to scuba dive and wanted to be an oceanographer.
20.  Gary loves old-fashioned, multi-colored Christmas lights. In fact, he turns on a set every night that’s strung on his outside trellis.

kimfoss47
Not applicable
Good stuff....but can you have someone fix the misspelling of California on the southwest.com home page?
5 Loves

blusk
Not applicable
I just let them know. Thank You!
5 Loves 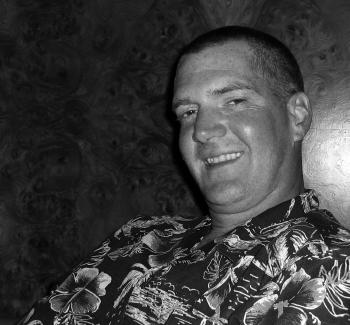 tim-c
Not applicable
Happy belated birthdays, Gary and Herb. And I'm with ya Gary on the chile, the Shiner, the used cars, and the Bluebell Vanilla, but not on the light ice cream. My seatback and tray are in the upright position, and I'm ready to go!
5 Loves