Flashback Fridays: A Heart and a Mouse

In 1979, Southwest became in interstate carrier when New Orleans, our first destination beyond the borders of Texas, joined our route map.  To help make a memorable experience for the first Customers on the inaugural flight, Tommy Lauer and the Bayou Cities Dixies quartet donned their red stripped suites and double bass in what was one of our first onboard entertainment acts. 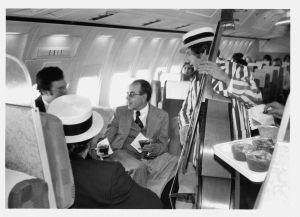 As we know, expanding our service from Love Field outside of the Lone Star State did not sit well with the competition, and as a result, the Wright Amendment was passed by Congress later that year.  So this week, when we were finally able to Set Luv Free, it was only fitting that we once again make the most of it for our Customers.  And thanks to our friends at Disney, we were able to do just that aboard our first flight to the city Walt Disney himself helped make the vacation destination of choice for families when it welcomed its first guest in 1971. 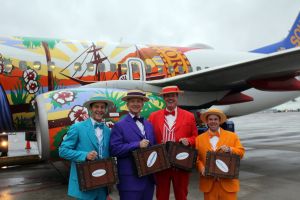 At the gate, Employees and Customers were greeted by the Dapper Dans, the barbershop quartet from Main Street USA.  Cinderella’s Castle served as a backdrop as “Let It Go” was performed for the first time by “The Dans.”   Onboard Florida One, Jungle Cruise Skipper Jungle Jane served as an honorary Flight Attendant and made announcements you may recognize from her cruises at sea level instead of flight level 370. 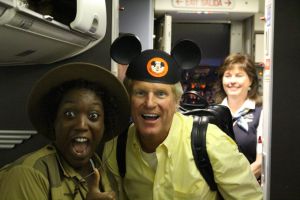 To top off the journey, Customers were provided complimentary tickets to Mickey’s Not-So-Scary Halloween Party.

Just like Flight 85 over 35 years ago, Flight 887 will be remembered by everyone as a chance to not only  showcase the Heart of Southwest Airlines, but also a chance to show off your Disney Side. 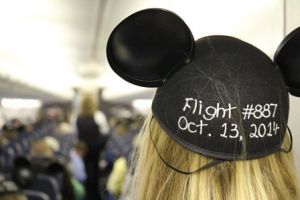 Travel Funds extension into June 2021 - How does this happen?