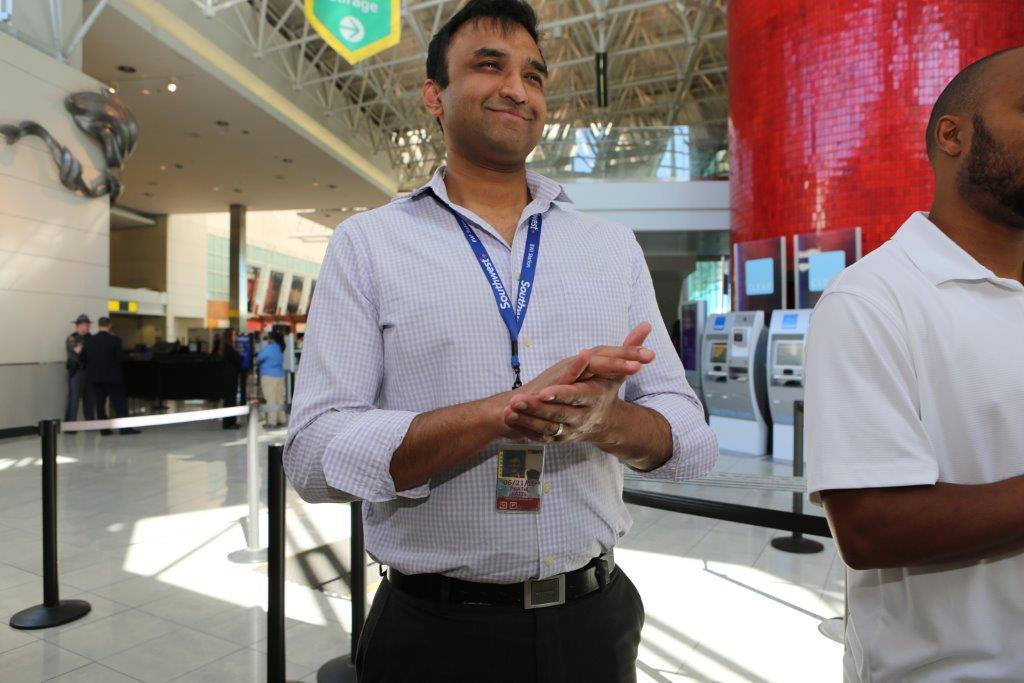 by ppatel2 |
Not applicable
in Blog
6 Loves
6 Loves
The Southwest Airlines Team at Baltimore/Washington (BWI) hosted U.S. Army Sgt. Clarence Dompierre on Wednesday, April 20 for his third reenlistment ceremony. Sgt. Dompierre is a Brigade Armorer currently stationed at Fort Meade in Maryland and is a frequent Southwest Airlines Customer. He’s served on several overseas tours including Afghanistan. Sgt. Dompierre flies Southwest often when not deployed overseas and mentioned he’s never been treated with the care and kindness he has by Southwest staff and Crew. This brand and people stick with him so what better way to say, “Thanks for your service,” than offering up a place for his reenlistment. Southwest is a proud supporter of all U.S. troops so when Sgt. Dompierre reached to us and asked to reenlist in front of our brand at the airport he uses most frequently we couldn't help, but say, "Come on over!" It's always a thrill and an honor to meet someone who has served our country so admirably and loves the Southwest brand so much. So, what is a reenlistment ceremony? A commissioned officer leads an enlisted soldier in an oath as he or she makes a further commitment—typically an additional six years to the U.S. Army. The officer swears once again to: “Defend the constitution against all enemies, foreign and domestic; that I will bear true faith and allegiance to the same; and that I will obey the orders of the President of the United States and the orders of the officers appointed over me, according to regulations and the Uniform Code of Military Justice. So help me God." Congratulations, Sgt. Dompierre. Thank you for your service and Godspeed! ... View more