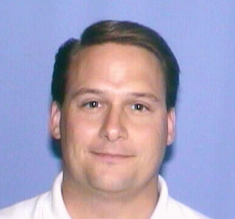 by vzachary |
Not applicable
in Blog
583 Loves
583 Loves
On April 21, Houston’s Wiliam P. Hobby (HOU) airport was the place to be as folks from across Southeast Texas converged on Hobby for some family fun, and to show their community support for Houston’s second largest airport. For more than 20 years, Southwest Airlines has participated in HobbyFest, an event that brings the business, civic, and educational communities around the airport together to showcase the importance HOU plays in the economic viability of the city of Houston. This year, 30 Southwest Employees who call the Houston area home volunteered at the event, hosting a face painting and informational booth as well as hosting tours of a Southwest 737 LUV jet with the new Evolve interior—an eco-friendly, cost-efficient new look for our cabin with an emphasis on comfort and personal space. Houston Councilmember James Rodriguez and his son enjoying the view from the cockpit of a Southwest 737 Hundreds from the Community, including Houston Councilmember James Rodriguez were on hand to show their support for Hobby, which is a vital economic engine for many in the area. This year’s festivities took on a greater meaning as the Houston City Council continues to debate Southwest’s desire to begin construction of a five-gate international facility at Hobby. The plan is to fly to destinations such as Mexico, the Caribbean and cities in Central and South America. Many festival goers were wearing “Free Hobby Airport” t-shirts and stickers to show support for this effort, one that an independent economic impact study from the Houston Aviation System reports would be an economic windfall worth more than $1 billion annually, and would create more than 1.5 million additional Passengers and thousands more jobs across the Greater Houston metropolitan area. More than 21,000 names have been added to our petition in favor of our proposed international expansion at Houston Hobby—and that number is growing. Please visit www.freehobbyairport.com to voice your support today! ... View more