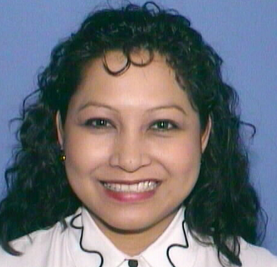 Fit to be Tied

by jfelty |
Not applicable
in Blog
245 Loves
245 Loves
April 25 was a special day for sixth grader, Mikayla Lynch of Huntersville, North Carolina. Mikayla was in Captain Billy Simpson's Adopt-A-Pilot class last year and is the winner of the Adopt-A-Pilot National Tie Design Contest.   Her colored pencil design beat out more than 4,300 entries—a huge feat for a young artist. As part of the program fun, Adopt-A-Pilot invites students to submit tie design concepts, with the winning design becoming the basis for the custom, limited-edition tie worn by more than 800 Southwest Pilots volunteering in the Adopt-A-Pilot program the following spring.  Let's hear from Mikayla what the surprise celebration and honor meant to her: Hi, my name is Mikayla, and I live in Huntersville, North Carolina. A year ago while I was in fifth grade at Huntersville Elementary (with my favorite teacher, Ms. Queen!), my class and I started the Adopt-A-Pilot program.  One of my classmates' father was a Pilot for Southwest Airlines.  Captain Simpson came into our class once every week to teach us a new lesson on airplanes.  It was very interesting, and he always made it fun.  During the end of the program, Ms. Queen said that they were going to have a contest for Adopt-A-Pilot.  We were each going to design a tie for all the Adopt-A-Pilots in Southwest Airlines to wear.  Captain Simpson showed us his tie from the last year's winner. I was so excited because of how much I love art!  Everyone else in the class was excited too, and we all got right to work.  I came up with the idea of pictures scattered out on a table from people's trips.  I worked on it for a few weeks whenever I had a chance, in school and at home.  When it was time to turn it in, I was so happy with it!  It was so colorful and detailed, and it looked just like I pictured it. My teacher even took me out in the hallway and told me she loved it and thought I had a good chance of winning!  She promised to call me if she heard anything about it over the summer. I never heard from Ms. Queen over the summer, so I thought I didn't win.  Now I'm in sixth grade, and it's a year later.  My parents got a call from Ms. Queen in February that I won, but they had to keep it a secret from me so I could be surprised at school.  On a regular school day in April, my sixth grade teacher, Ms. Ryan, said that we were going to an award assembly—I thought it was for honor roll. But it wasn't!  It turned out to be for me to tell me that I won!  I was so surprised and happy!  Pilots from Southwest Airlines, people from Huntersville Elementary, and my parents and twin brother all were there to congratulate me.  It was a great morning.  Thanks to everyone who helped me celebrate! I feel very proud knowing that more than 800 Pilots (in the Adopt-a-Pilot program) are wearing a tie I designed ... hope you enjoy it!!  Thank you Southwest Airlines for making me feel special!! ... View more