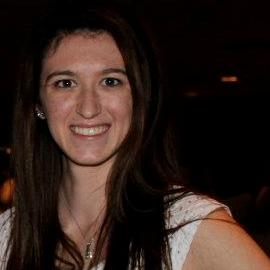 Singing Along from BNA to NYC

Gertrude Gets to Fly

by dcross |
Not applicable
in Blog
275 Loves
275 Loves
You could feel the anxiety in the air as we huddled around a crate in the lobby of Tampa International Airport.  Final preparations for boarding were taken care of, introductions were made, and the question we heard periodically was “How is she?”  All eyes would shift to the crate below.  Inside was an endangered Green sea turtle, Missouri’s first sea turtle, and a rescue – Gertrude. Gertrude’s story begins on the gulf coast of Florida. She was found floating, entangled in fishing line. The fishing line had cut deeply into her front flippers. Although the veterinarians at Clearwater Marine Aquarium were able to save the left front flipper, Gertrude lost the right front flipper and was deemed non-releasable.  Her lack of a power stroke would leave her unable to get away from predators: sharks, boat-propellers, and, all too often, humans.   Fast forward to Tampa, and SEA LIFE Kansas City Aquarium’s Display Curator, Aaron Sprowl, has taken possession of Gertrude.  He and the rest of the team are now responsible for getting Gertrude to her new home over a thousand miles away.  Out of her element, Gertrude needs special attention.  She is sprayed with water to keep her cool and special eye drops are given about once an hour.  The crate she travels in is lined with cushions and wet towels to make the long journey as comfortable as possible.  Despite being out of her comfort zone and lacking a flipper, Gertrude is strong and fierce!  Everything from rearranging her cushions to banging on the crate to craning her head to peer at her visitors showed her spirit.  The flight went swimmingly (pun intended) and before we knew it the trip was over and Gertrude was waving goodbye to the Customers and the Flight Attendants that made the journey spectacular. When we got off the plane in Kansas City, we were greeted by an army.  I was overwhelmed and could only imagine what my new flippered friend was feeling as since all the hubbub was for her!  She was greeted by media, her new SEA LIFE Kansas City family, friends from Kansas City International Airport, and travelers passing by.  With children chanting her name and waving signs in her likeness, it would be hard for her not to feel welcomed by that Midwestern hospitality. This is where I parted from the group. I have many reports that she is doing well and adapting to her new home.  I know that she will be well cared for by Aaron and the rest of the SEA LIFE Kansas City crew just from spending that one day with them.  And, as an intern for Southwest, I was blessed to be able to join in and be one of the first to say, “Welcome home, Gertrude!” ... View more

How Sweet It Is: Honey Roasted Peanuts Are Back!

by dcross |
Not applicable
in Blog
270 Loves
270 Loves
We decided to switch things up a bit when you fly Southwest Airlines – and in the best way possible! We’re nuts about your flight experience, and you’re nuts about our Honey Roasted Peanuts. Since you LUV them, your favorite honey roasted peanuts are back! Customers are free to choose between pretzels and peanuts for their bite-sized bundle of fun. We transitioned from the equally delicious (but slightly less sweet) lightly salted peanuts to the honey roasted variety this month. All Southwest Customers, whether flying coast to coast or around the corner, now have the sweet joy of choosing honey roasted peanuts. Above all, Southwest cares about your flight experience. If you have a peanut allergy or are flying with someone who does, please visit our webpage regarding unique travel needs for more information. Whether you jump for joy or sit back and relax, we hope you enjoy your freedom to fly and satisfy your craving for the one and only Southwest honey roasted peanuts. ... View more