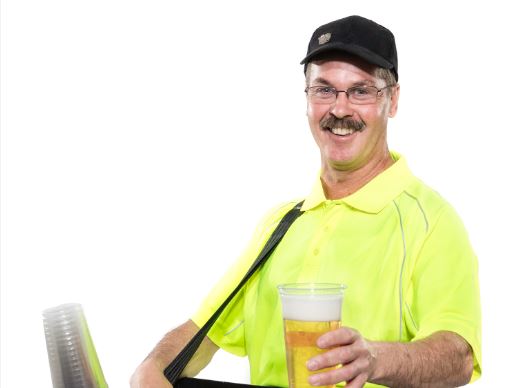 "It shouldn’t feel like a job. If you’re not enjoying it, you shouldn’t do it.” —Bob Lee, Concession Vendor

It’s going to take more than an 1,100-mile commute to stop Bob Lee from getting to his dream job. While living in New York, Bob worked as both an FDNY firefighter and a part-time vendor at Citi Field. After 9/11, he retired to Oak Grove, Missouri, but the move didn’t keep him from his favorite pastime. Although it makes for an unusual start to his workday, the cross-country commute to Citi Field is no obstacle for Bob, who’s been selling snacks and programs for more than 40 years. He simply heads to the Kansas City International Airport and jumps on a Southwest Airlines flight to LaGuardia Airport, leaving him less than two miles from the Mets’ ballpark. Convenient and affordable flights allow Bob to live and work exactly where he wants. Pinch Hit “Without Southwest, I would have given up traveling back to New York. The direct flight has made visiting a lot easier.” Major League “I always stop for New York pizza—it’s the first thing I do. It’s just not the same in the Midwest.” Double Play “During the World Series last year, I worked with both the Mets and Royals, so I flew back and forth between Kauffman Stadium and Citi Field. It required a lot of flights, but I earned a lot of points!” On Deck “I’ve wanted to go to Yellowstone National Park since I was in grammar school, but I’ve never been able to make it.”
3 Loves